I recently decided to take part in the ‘Sew Dots Challenge’ created by Rosie Martin of DIY Couture. It’s a simple challenge, to sew something dotty in October, share a picture of it and donate some money to RNIB.

The RNIB (the Royal National Institute of Blind People) is a UK charity that supports people with sight loss with a huge range of services. These services include emotional support and campaigning for public environments that respect the needs of blind and partially sighted people. RNIB run a campaign every October called Wear Dots Raise Lots to highlight the impact of Braille and to raise money for their services.

Rosie works on a project called Online Today, which helps people with sight loss to use digital technology.  All of these services mean that blind and partially sighted people are not excluded from everyday communication.

A worthy cause and a fun challenge, so I signed up.  To find out more, I watched this little vBlog made by Rosie.  It’s cool, take the time to watch.

Onto my project;  For us sewing peeps, Rosie has been filling her Instagram feed with dot sewing inspiration which has been thrilling to see.  Everything from oversized dot mini skirts to mini dotted dungarees to monochrome dotty raincoats.

My thoughts when starting this project was to use fabric and a pattern that I already owned and donate any money I would have spent.  Dots are pretty thin on the ground in my stash and I can’t say I have sewn all that many pieces in ‘straight-up’ polka dots.  These are the only projects I could find that are close to the brief. I think 2 out of the 3 aren’t standard polka dot patterns. The first was made from a polka dot tablecloth, the second was a random raindrop spot and the third more mesh than dotty. 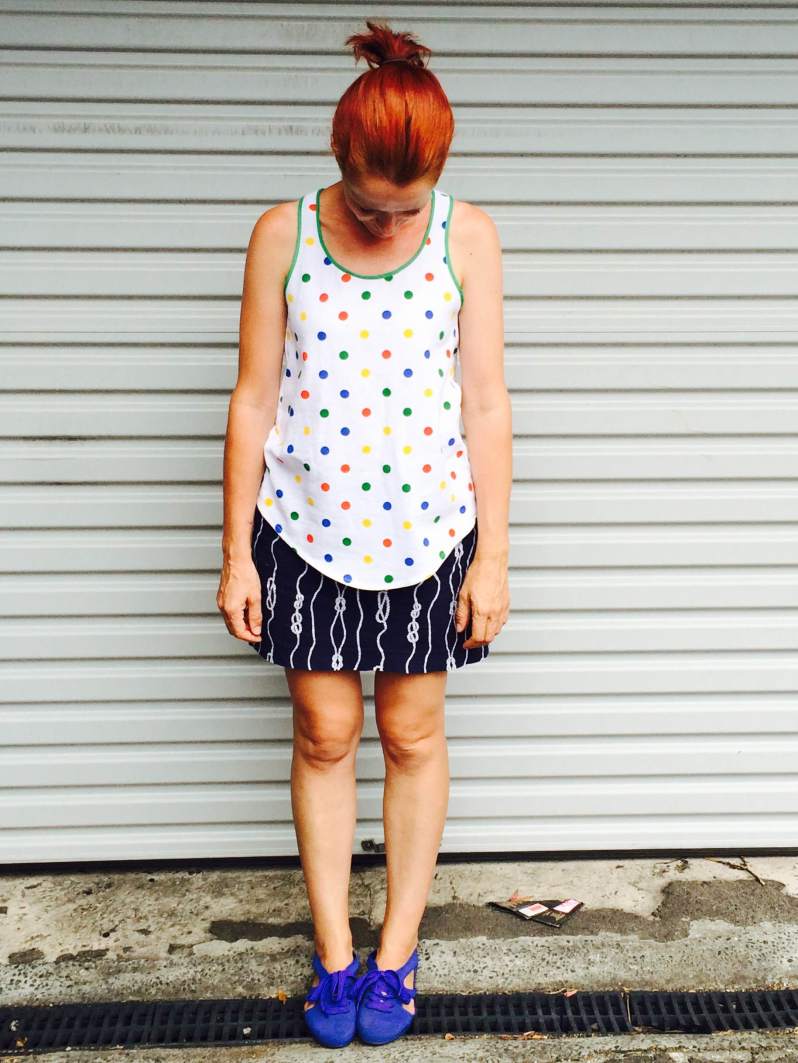 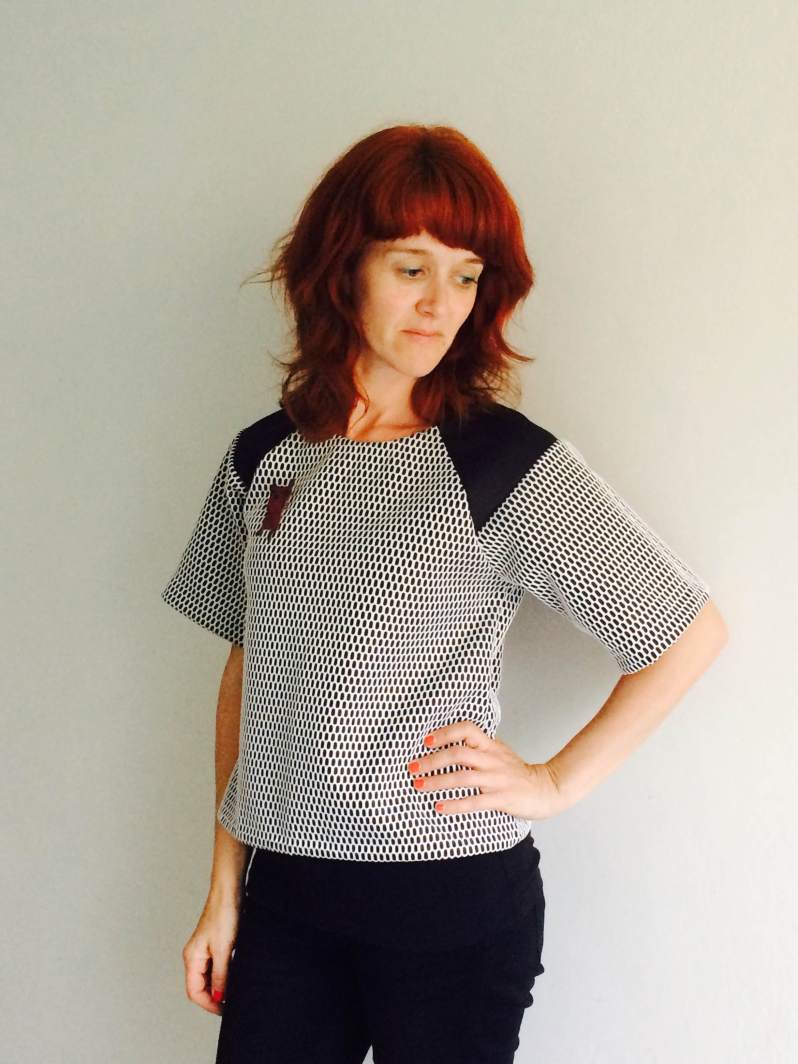 So time for some experiments. I decided to produce my own dotty fabric.

I found the perfect base fabric, a piece of white linen that was gifted to my by Margie (the gift that keeps on giving!)  I always feel that linen is a ‘grown up’ fabric and that I was never mature enough to pull it off.  Well today is the day I am doing linen, but of course with my own special touch. I started by hand painting some small dots and then cutting into some freezer paper to produce some larger dots.

I really liked the smaller random black dots so I abandoned the grey.  I liked the grey but they were quite patchy and I thought together they would be too much for me.

My biggest issue was the peplum.  Lets just say, I am not a fan of a peplum.  Anything that cuts me right at my ‘problem area’ is just not for me.  So I just extended the top and eliminated the peplum.

The pattern has a lovely design feature on the shoulders which isn’t easy to see in this photo, but the diagram shows it in more detail.

I decided to paint the shoulder panels and then create a pocket to further achieve some dot loveliness.  It turned out pretty well.  What do you think?

It was an easy sew.  The instructions are very detailed.  I was dreading adding the binding to the ‘V’ but the ingenious pattern piece really helped to make my ‘V’ sharp.  I am also pleased with the pocket.  It was my second attempt at sewing it in place but I finally managed to make it as symmetrical as I could.   It’s a bit wobbly so don’t look too closely!

It’s just the right amount of dottiness for me.  I much prefer a random dot so this mini dalmation pattern worked a treat.  Now all we need is a warm sunny day.

Come on people… get your dots on! x